Pride Month is coming to a close and we wanted to share with you how WorkCast has been working to celebrate and reflect.

About 12 months ago, we recognized that as we grew as a company, we needed to put in the work to ensure we are growing the right way, and that is with diversity, equity, and inclusion at our core.

We have been doing a lot of work in the background, which we will be sharing over the next weeks and months, but one of our first initiatives was to host a Diversity & Inclusion Book and Film Club for Team WorkCast. The goal of the club is to read books and watch films that highlight the diverse communities in which we operate and look at how we as both individuals and an organization can do better.

For Pride Month, we did things a little differently. Instead of selecting a specific book or film, we asked Team WorkCast to engage with their choice of content from the LGBTQIA+ community. There is such a wealth of experiences and we want to explore as much as possible now and in the future.

With that in mind, we have asked Team WorkCast to share with us what they’re reading (or watching) and why, and also what Pride means to them.

What are you reading/watching and why?

I have been reading The Velvet Rage by Alan Downs, which deals with the psychology behind homosexuality, particularly the feelings of shame and self-defeating behaviors that older generations feel from growing up, which they can hopefully overcome now that society is (slowly) becoming more accepting of the LGBTQ+ community. On a lighter note I have also been enjoying the newest season of Love, Victor, which is a show that features a gay, Latinx main character.

Even being a teenager in the late 90s/early 2000s, my coming out process was difficult and I do feel like there is a sense of keeping quiet about it now that I have held on to from the time period. The Velvet Rage has been such an interesting read because it advocates for overcoming the struggle while still remembering how it felt.

And Love, Victor is just a nice reminder of where society is right now. Growing up I can't imagine watching a television show that featured a gay teenager as its main character, so it's nice to see that journey played out onscreen for a generation that really needs representation like that.

I am typically not someone who shies away from letting people know that I am gay, but I'm not sure that I have shown "pride" as much in the past. Over the past few years, I have made it a point to acknowledge and praise the people and forms of media that celebrate the LGBTQ+ community, taking pride in the fact that my community is being represented in positive ways.

The show Special. It’s a series about a gay man, Ryan, with mild cerebral palsy who decides to rewrite his identity and finally go after the life he wants.

It looked really interesting and funny, and it also deals with intersectionality.

Listening and learning on my own and from family and friends who are from the LGBTQIA+ community. To me, it means standing in solidarity with the community and not perpetuating stereotypes.

I thought It's a Sin was a brilliant series, so I wanted to watch it again! For those who don’t know, the show tells the story of the UK’s AIDS crisis through 4 connected lives.

Equality, Celebration, Freedom, Acceptance, Happiness, Open-minded - or actually, not open-minded, just "standard-minded", as that should be it. You shouldn't need to be "open-minded" with it, it should be the complete norm to BE "open-minded."

It’s a romance novel that follows the character of Alex Claremont-Diaz, the First Son of the United States, and his relationship with Prince Henry, a British prince.

I run a book club with my youth group and wanted to test out something for the senior sector 16+ that is an LGBTQIA+ story that is easier to consume by mainstream readers, and I have had it on my read list for a while.

It means being able to express who you are regardless of whether it is considered out of the norm. It is about normalizing not fitting into one box so that future generations do not have the societal pressure that is so detrimental to mental health. It is about realizing that gender and sexuality is a defining characteristic but not the only thing worth knowing about a person. It is a celebration that people who are so often ostracised or shunned simply for not being hetero or identifying only as M/F can say a big fat F U to the world and just live, love, and BE in peace.

The book is described as “part coming-of-age story, part mind-altering manifesto on gender and sexuality, coming directly to you from the life experiences of a transgender woman, Gender Outlaw breaks all the rules and leaves the reader forever changed.”

Gender has a fascinating global history outside of the traditional binaries, and I want to further my understanding of gender and the effect it has on society and individuals.

A chance to educate myself and uplift the voices of marginalised communities and individuals in the LGBTQ+ community.

Legendary, Series 2 (I've been saving it to watch all at once).

It's a celebration of a queer subculture. The ballroom culture emerged in Harlem NYC, and drag balls explored racial taboos and gender nonconformity. Ballroom entered the mainstream when Madonna sang about a dance style created at these balls - Vogueing.

Legendary is a competition show in which 'houses' compete in dance and fashion categories, reflecting the 'walks' from ballroom. It celebrates and centres trans and queer experiences. Legendary also challenges these subculture prejudices, and season one included a house of cis women that were mostly white and Asian, adding an extra layer of dialogue, as ballroom has historically been led by black and latinx figures.

To me, Pride is a time to celebrate queer people and experiences. As a cis-het ally, I try to actively spend Pride month centering queer voices, rather than taking up space myself. Unfortunately, Pride is becoming a commodity to be exploited by big business, so I try to avoid consumerism and "merch", focusing instead on supporting queer-owned businesses and causes.

The book is about three women—transgender and cisgender—whose lives collide after an unexpected pregnancy forces them to confront their deepest desires around gender, motherhood, and so much more.

I found out about Detransition, Baby when it was longlisted for the Women's Prize and I was ecstatic to see a trans woman represented on that list. The reason I chose to read it during Pride month is because I think it's never been more important to highlight trans stories, specifically from trans voices. Trans people are such an important part of the community and it felt important, especially now, to hear about their experiences directly, and I think fiction is such a key part of this. I want stories from trans writers - and all writers from LGTBTQIA+ community - to be messy, real, and engrossing and Detransition, Baby is all of those things and more.

Pride is obviously about being proud of and celebrating who you are, but it's more than that. It's a protest against a society that still tries to other the community and it's a remembrance of all the people who came before us, who fought for the rights we have now. It's about acknowledging how far we have come but also realizing how far we still have to go.

We deserve to experience love fully, equally, without shame and without compromise.
– Elliot Page

At WorkCast, we are also firm believers in putting our money where our mouth is, and this month, donated to the UK charity Stonewall. Over the last 30 years, Stonewall has helped create transformative change in the lives of LGBTQ+ people in the UK through campaigns that drive positive change in public attitudes and public policy. Read more about Stonewall UK. 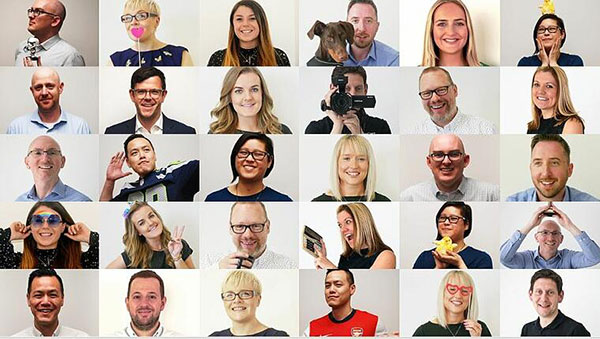 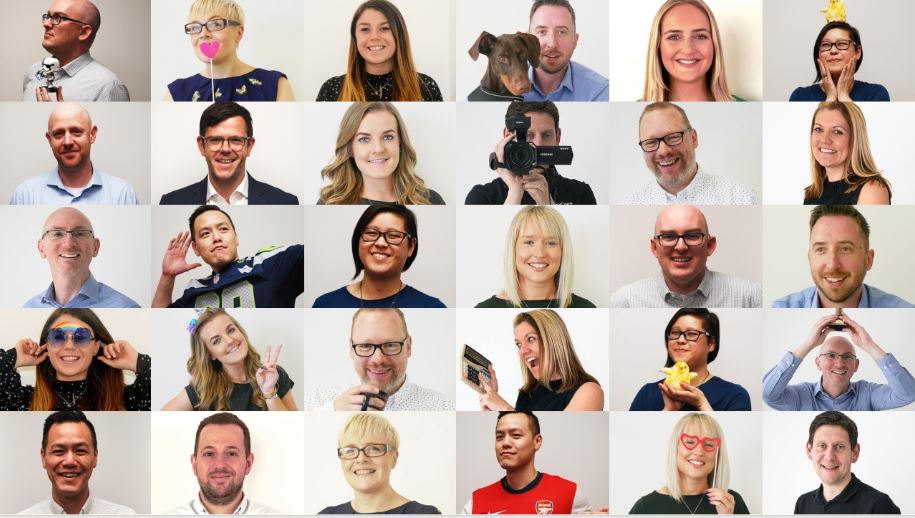 5 Reasons Why You Should Attend Event Tech Live 2022